The wet season is slowly coming to an end, the Rivers have had a good flush and the water systems have been revitalised. At times the rivers have been unfishable due to high flows and poor water clarity. But the plus side is, as the levels come down, I’ve been able to get up to the upper reaches of the local water systems.

The high water levels have also allowed me to explore some sections of river I’ve never been before. It’s always exciting to explore new sections of water to test out your theory on where the fish sit and wait to ambush unsuspecting prey. One such day happened earlier last month, this particular section of water has a low-lying bridge, too much water you can’t get past, too little and you can’t get near it. On this particular day I was able to pass the bridge and get up into waters I’ve never seen before, and the fishing didn’t disappoint.

The water was still a little cloudy, and this insured I had a number of bites close to the boat. When the water is too clear you tend to get Sooty’s and JPs following your lures out until they can see the boat. I was rewarded with a good number of fish including Jungle Perch, Sooty Grunter, Tarpon, as well as Mangrove Jack. The river offered a wide range of fishing opportunities including larger holes and faster running sections of water. 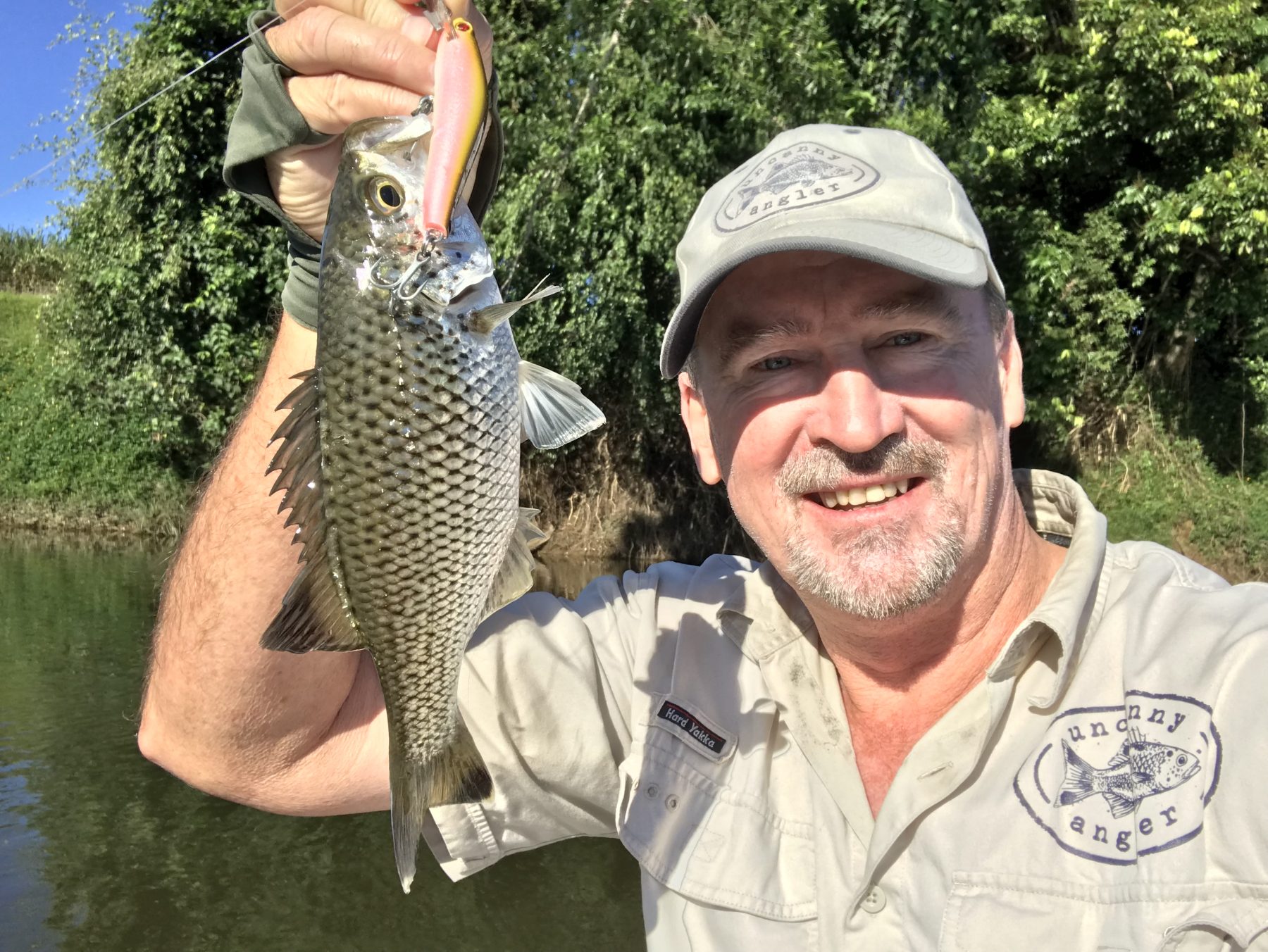 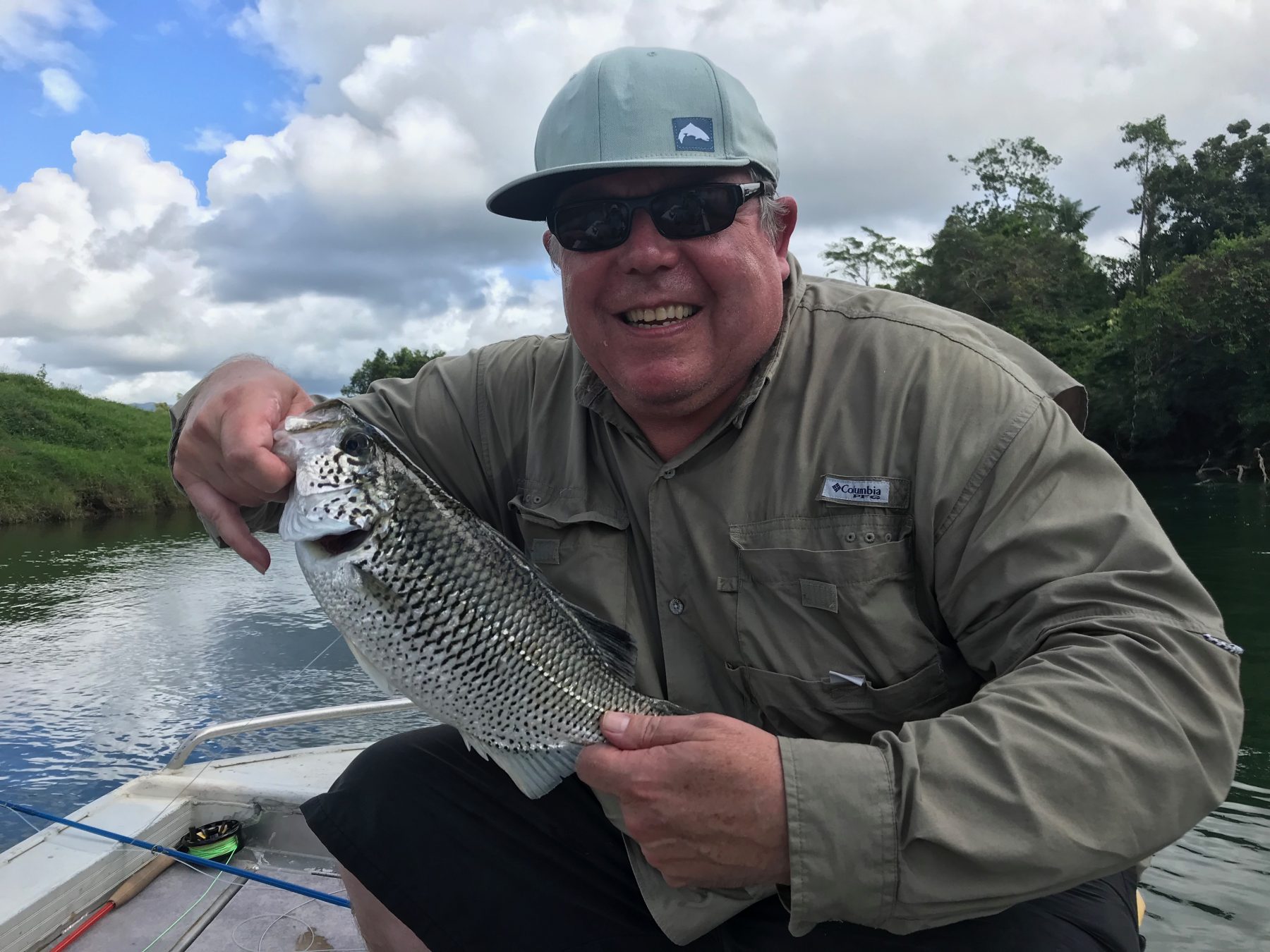 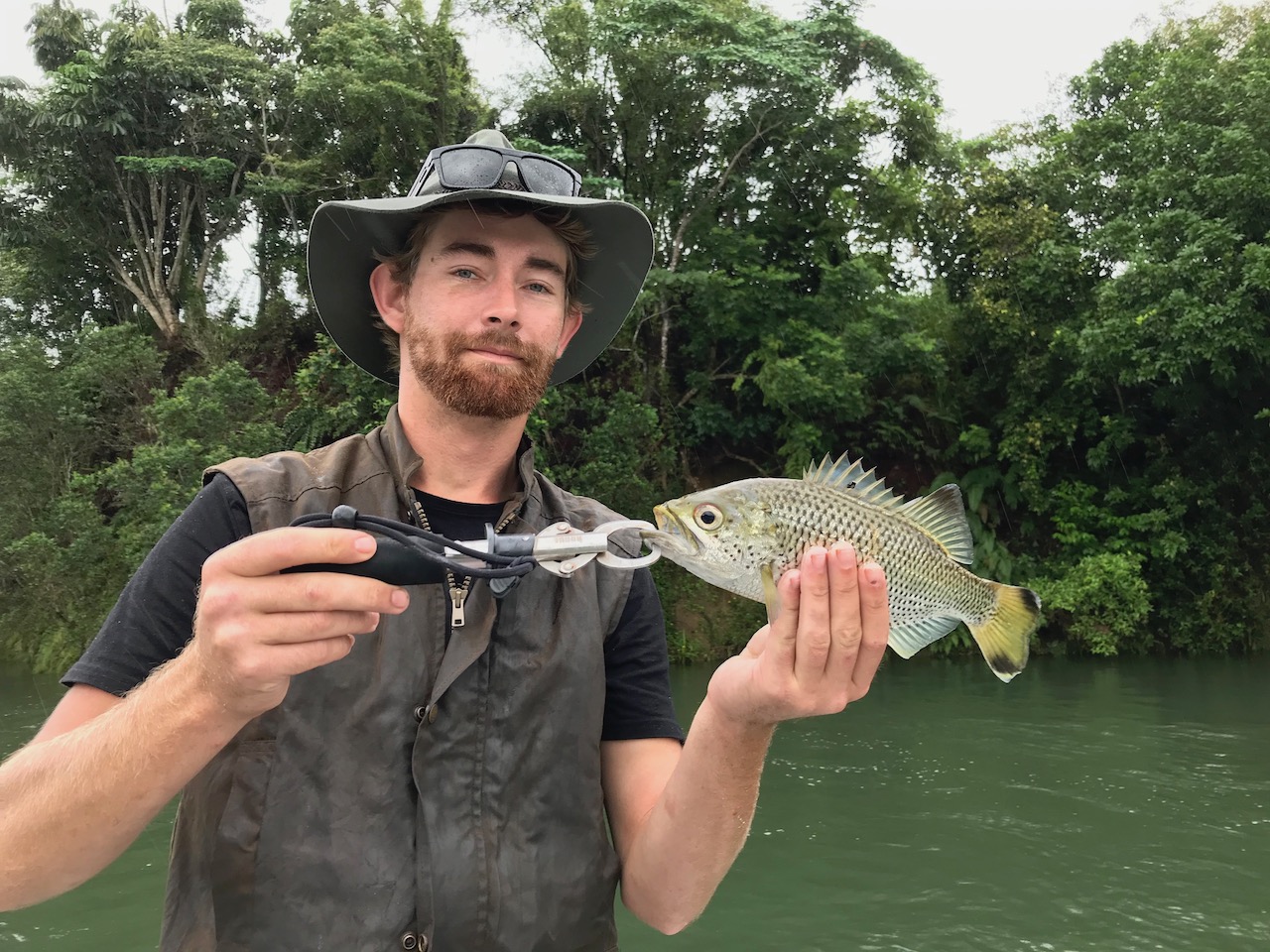 I employed the usual array of lures to entice a bite, my Rapala SR5 still giving me the best results for the day, and a few nice hits on some surface lures as well. Jungle perch remain the fish I like to catch the most, they have lovely markings, hit the lures and fight hard on light tackle, and often come out in twos and threes following your lure.

But it’s the Tarpon that provide the most excitement, they sit in schools in the deeper pools and they can’t resist slowly trolled lures passing above them. You see a silver flash and then another and then bang you’re on. They provide a great fight and quite often throw the lure when they launch themselves out of the water.

While a number of the local guides have had to cancel a good number of trips to the reef this year due to high winds, the river offers plenty of cover and provides a great day out on the water. I had the pleasure of taking out a number of visitors to the Far North over the past few weeks, and was thrilled to see them tick a species off their “Bucket List”.

High on a number of anglers list is the Jungle Perch, Neil from Sydney was one of them, he spent the day fly fishing, Mark was from Sydney as well, Mick from the United States, and Liam from Swan Hill taking some time off from the farm, all four anglers landed their first Jungle Perch. Neil’s in particular was a catch to remember, the small clouser was cast out amongst some timber structure and was rewarded with three fish coming out of cover to have a look at the offering.

It was a nervous guide who netted the catch after a nice little fight, Neil was over the moon, catching his first Jungle Perch surrounded by rainforest and so much beauty. And as the popular saying goes, “It’s not only catching them that’s a thrill, it’s the places they take you that make them so unique.”

So with the weather clearing up, its time to start planning your trips up north to wet a line, and if you need to hook up with a guide, give Fishing Cairns a call to get the good oil, river, reef or impoundments, we’ve got you covered. 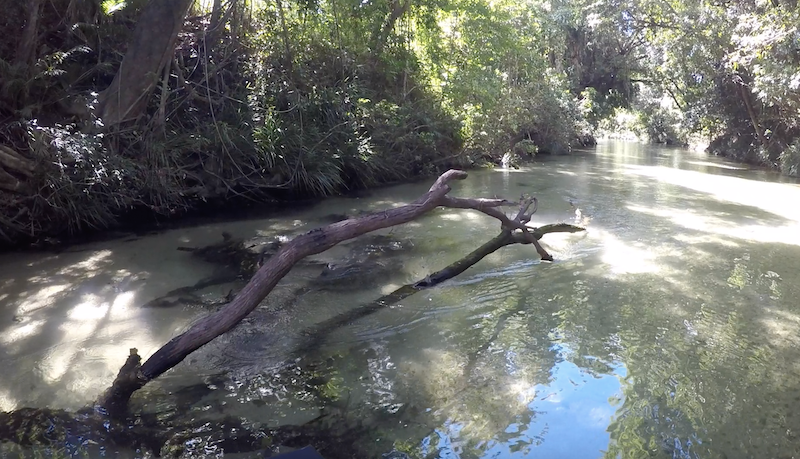 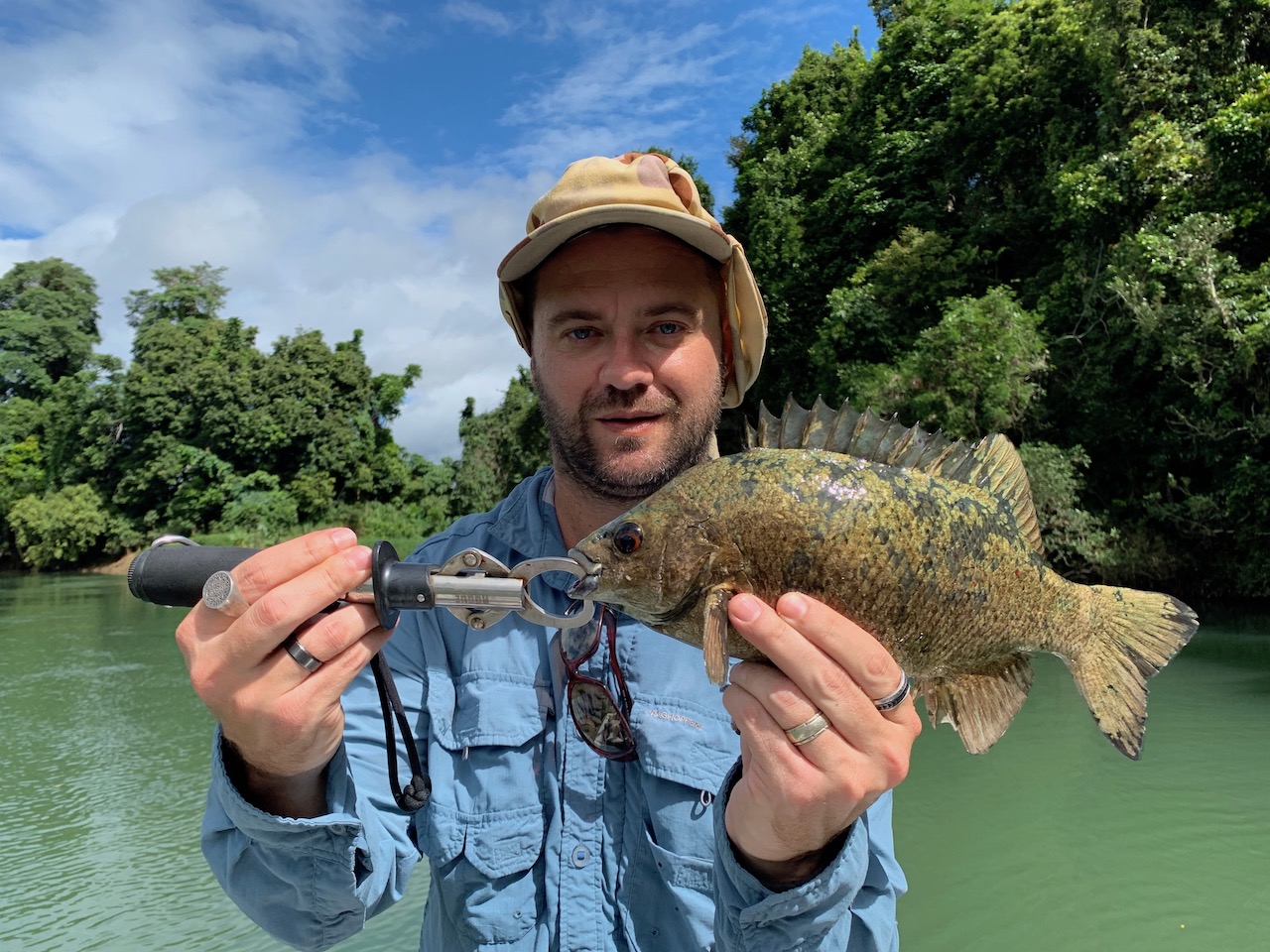